Do you wonder where old money goes? Have you noticed how a bank often gives out clean and crisp banknotes? But when you get change at a restaurant, you’ll often get wrinkled bills? 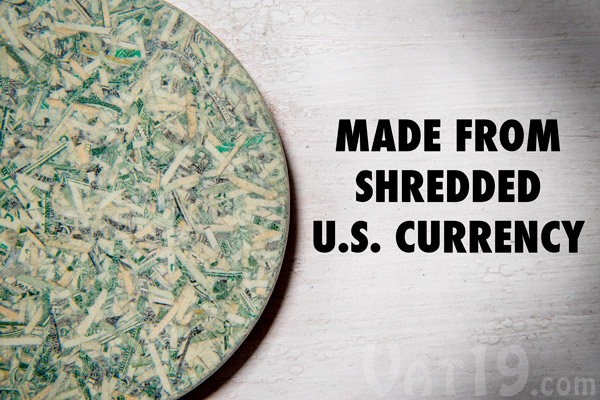 Many people do not know that almost every day, the nation refreshes its supply of currency. That’s because paper money rips, crinkles, disintegrates, gets soiled and mangled. Mutilated money is often the result of any of these common causes:

n states with bottle bills, you can redeem many of the cans and bottles you buy for cash, usually 5 to 10 cents a bottle. You pay the deposit when you buy the product, so redeeming these empties is a great way torecycle, while putting a little change back in your pocket.Jul 11, 2018

Get Money For Recycling – Earth911.com

ies that create new money in the U.S. are:

There are strict rules that govern how these agencies create new coins and currency. Other rules exist to define what makes money too unfit for use. Unfit money can’t go through an ATM or another electronic reader.

So, every day, the Federal Reserve puts new currency into circulation. And, takes the damaged money out. Some reports say that over 90 % of the notes that the BEP delivers each year is to replace money deemed unfit.

DOES THE FED RECYCLE MONEY?

When a note is authentic but too worn for recirculation, the Fed destroys it. In the past, it would burn or shred old bills, dumping them in landfills. In fact, prior to 2010, it only recycled about a third of shredded cash.

But this process is changing. Going green, you could say. Take San Francisco, for instance. There, the Federal Reserve Bank partners with a green facility. They burn shredded currency in an eco-friendly power generation plant. The plant then provides electricity for local businesses and homes.

CAN YOU TAKE RIPPED MONEY TO THE BANK?

Some banks accept and exchange soiled, dirty, worn and torn bills. But they set rules about what they take and what they don’t. These rules may follow BEP guidelines for mutilated currency:

The Treasury also has a method in place to review claims made where you can’t check the above off your list. To file a claim, you need to submit the currency and details of how it became mutilated.

HERE’S WHAT HAPPENS TO OLD CURRENCY

Here are some other some surprising facts about recycled money that you may not know:

WHAT IS CONSIDERED UNFIT?

HOW LONG SHOULD NOTES LAST?

According to the Federal Reserve the lifespan of notes varies by denomination. It will also depend on how many times each one passes between users.  Smaller bills tend to change hands more often, so it doesn’t endure as long as the larger bills (like the $100).

WHAT HAPPENS TO THE OLD NOTES? Whether you need five minutes of distraction so you can load the dishwasher or an hour of engaging content so you can attend a Zoom meeting, YouTube … END_OF_DOCUMENT_TOKEN_TO_BE_REPLACED